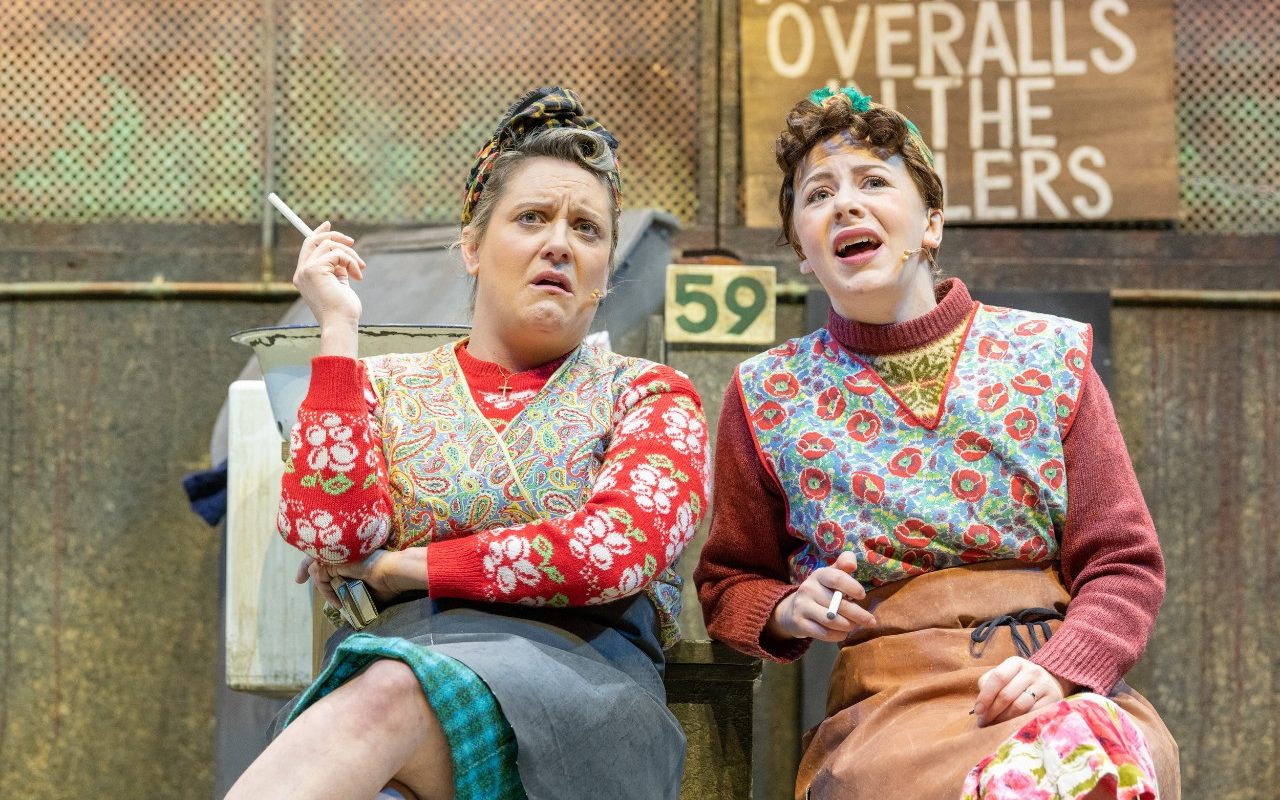 In truth, given the essential intimacy of the play, the reverberating, amplified voices and the size of the venue give the production a disconcerting, surreal aspect, certainly during the first 10 minutes or so. Remarkably, though, the top notch cast combined with Roper’s irresistible writing (not to mention designer Kenny Miller’s gorgeously accurate, seemingly time-worn set) manage to quickly restore the drama’s legendary rapport with its audience.

Actors Mary McCusker (the elderly, hard-pressed and hard-working Mrs Culfeathers) and Fiona Wood (young dreamer Doreen) are past masters of Roper’s script. They are joined by the ever-excellent duo of Louise McCarthy and Gayle Telfer Stevens (as middle-aged friends Magrit and Dolly), along with Harry Ward.

Together, they give a near flawless, often jaw-achingly funny rendition of a play that is so well known that the audience often reacts in anticipation of favourite set pieces such as the “Galloway’s mince” scene, in which Mrs Culfeathers spins glorious nonsense on the theme of the minced beef and potatoes that she cooks for her husband.

Transposing this modest, yet fabled, five-hander from the theatre stage to the Hydro arena was an ambitious proposition. It is a great credit to Roper and his outstanding cast that they have carried it off.